Away from the huge crowds of the General Sherman Tree in the adjoining national park sits the second largest tree in the world the General Grant Tree. Standing tall as the centre piece of Grant Grove in Kings Canyon National Park, it also has the title of the widest known sequoia in the world!

Some of the research I found initially put it as the third largest tree but it was moved up a notch in 2005 when the Washington Tree partially collapsed due to a fire reducing its volume. Actually, up until 1931 it was thought that the General Grant Tree was the largest in the world but after more precise measurements were taken it was the General Sherman who came out on top. You can read about that tree here.

America is a very patriotic nation so it is no surprise that they name certain things after people who have served their country. This tree is no exception. In 1867 it was officially named after Ulysses S. Grant, a Union Army general and also the 18th president of the United States of America who served from 1869-1877. There is however some controversy surrounding who actually named the tree though. It was always thought that lumberman Joseph Hardin Thomas who had discovered the tree in 1862 claimed its name then. However in August 1867 a pioneer called Lucretia P. Baker who had camped near the tree wrote to President Grant about naming the tree after him, to which he sent her a letter of reply to thank her for the honour. Either way the tree went on to be declared as the “Nation’s Christmas Tree’ on 28th April 1926 by President Calvin Coolidge. An annual holiday service is held around the base of it each year. 30 years later President Dwight D. Eisenhower designated it as a National Shrine as a memorial to honour all those who died in the war and given to their country. No other living being has been given the same status. Pretty amazing! 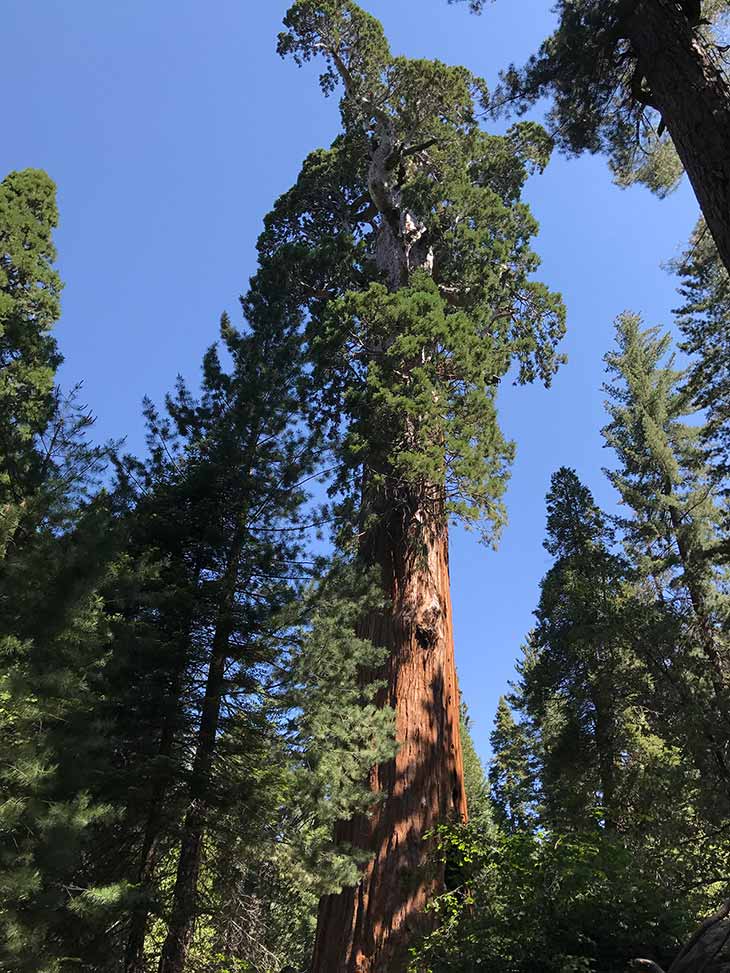 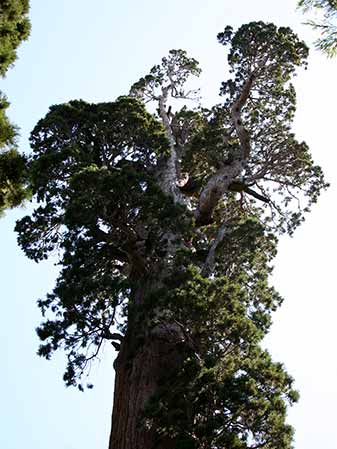 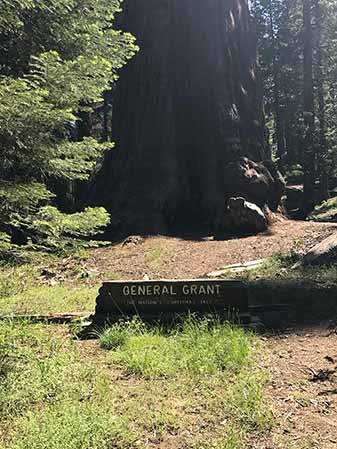 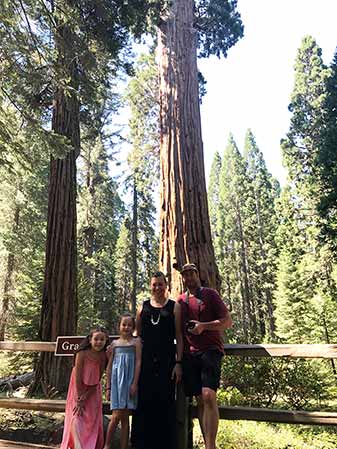 There is also some great history on the trail to this tree. Before entering there are some amazing trees in the carpark alone! There is also an interesting tree called the twin sisters which didn’t seem to have much information that I could find on it.

Before arriving at the Grant Tree we saw a very old cabin still standing in reasonable condition. It was called Gamlin Cabin and was built in 1872 by Israel Gamlin. He used it with his brother for 6 years while they grazed cattle and filed a timber claim for 160 acres. Later on it was used as a store house for the U.S cavalry once the national park was established. Then years later it was the quarters of the first park ranger.

Also along the track is the Fallen Monarch, a giant sequoia that fell in the 1900s. The beauty of sequoias is how they resist decay and continue to endure even after they have fallen. The sheer scale of it is incredible, like the Gamlin Cabin and being hollow it was welcomed shelter to house visitors and cavalry to the park in those early years.

The last notable piece of history we saw along the track was the centennial stump. The tree that belongs to this stump was cut down in 1875 taking 2 men 9 days to cut it down. A 16 ft section of the tree was taken away and hollowed out then reassembled and exhibited in the 1876 centennial exhibition in Philadelphia. It was labeled the ‘California hoax’ by eastern people refusing to believe such a giant sized tree would exist. Sadly three other nearby trees were cut down and shipped across the country to exhibit. The Mark Twain Tree is still on exhibit today in London and New York. 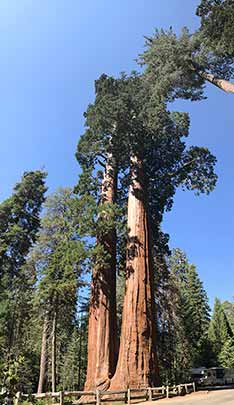 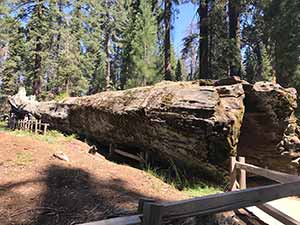 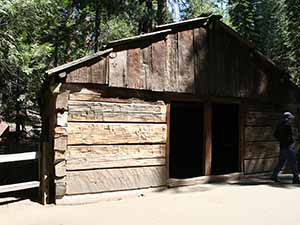 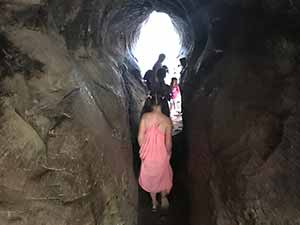 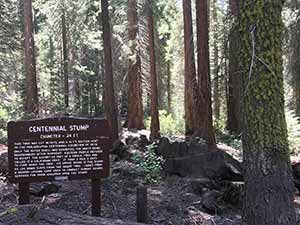 We all really liked the Grant Tree and all that Grant Grove had to offer, it had a calmness around it when we visited that wasn’t there when we saw the General Sherman. The national parks in this area are simply breathtaking. Until you have walked within a giant forrest it is hard to put into words how amazing they are. Although we only stayed in the park for a night we feel lucky enough to have seen them and would definitely go back to explore and stay longer. If you are into your trees like we are then the national parks in California are definitely worth a visit!

Because walking under GIANT trees matter!
Until next time
The ATC travel team